As a worker-owner at Real Pickles, I’m excited that my work exists at the intersection of two of my passions: building a just food system, and building co-operative economies. There is plenty of work to do at that intersection, and we are not alone as we do it. We have powerful historical examples of cooperatives of all kinds working to transform the food system (shout-out to the Federation of Southern Cooperatives, to name one of my inspirations). Right now, there are a growing number of worker co-ops starting up in our local food scene in western Massachusetts. In the last year, we have seen The Compost Cooperative launch in Greenfield, creating living wage, ownership-track jobs for formerly incarcerated people. The Pioneer Valley Workers Center is laying the groundwork for a worker co-op farm, where farm workers can bring their experience farming in the Northeast and Central America to collective farm ownership. October is National Co-op Month, the perfect time to celebrate and support these co-ops who are working towards a just transition. 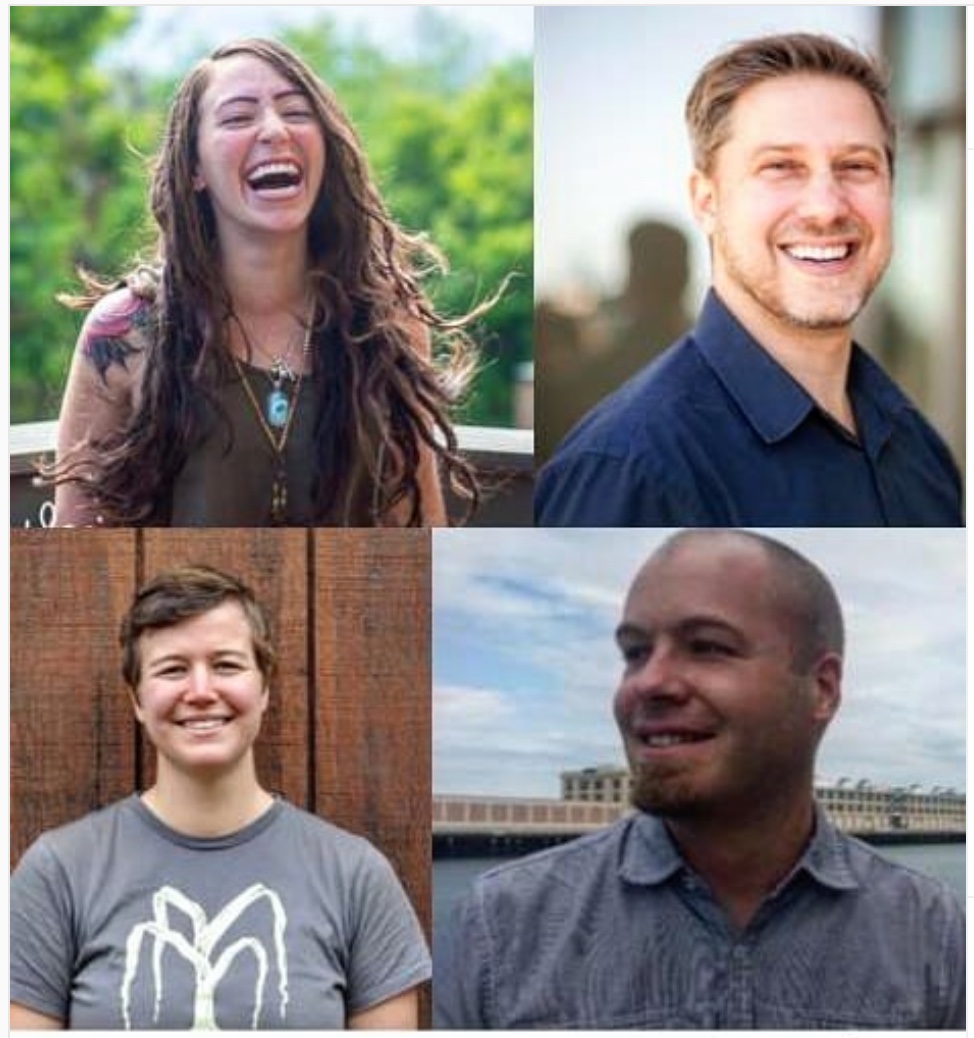 This summer, Real Pickles got the chance to share the stage with two other Massachusetts-based worker co-ops who share another, even more specific, intersection with us: fermentation and workplace democracy. At the Boston Fermentation Festival, we were part of the “Fermenting Workplace Democracy” panel, alongside Danielle Robidoux from Equal Exchange and James Razsa from Democracy Brewing. We represent three different ages of worker co-ops, and we work in different parts of the food web. Greg Brodsky, founder of Start.Coop, who moderated the panel, led us through a Q&A that demystified what it means to be a worker co-op and what fermentation and workplace democracy have in common. We found many similarities in our co-ops, like how owners make decisions together, and how profits are shared.

Of the three worker co-ops on the panel, Equal Exchange is the most senior and the largest. For more than thirty years, Equal Exchange has been building fair trade supply chains by partnering with small farmers who grow and ferment coffee, tea, and chocolate. Because many of Equal Exchange’s farm partners are organized as farmer co-ops, they remind me that the movement of co-ops in the food system is global, not just local. On the panel, we discussed how food brands often grow so they can “sell out,” or get bought by larger companies; instead, Real Pickles and Equal Exchange are independent businesses owned by our workers, and our growth benefits our workers, communities, and partners instead of corporate CEOs and shareholders. Equal Exchange was one of the co-ops that supported Real Pickles during our conversion to a worker co-op, as they have supported so many other co-ops globally.

Opened on July 4th, 2018, Democracy Brewing is a brewery and pub located in downtown Boston. They created a worker co-op and signature beer recipes from scratch, and their beers’ names give pub-goers a lesson in Boston’s activist history, like the 1919 Strike Stout. On the panel, James Razsa talked about the challenges of raising capital when starting the business. One of the tools they used to raise the money they needed was a direct public offering, just as Real Pickles did in 2013 to finance our conversion to a worker co-op. Both Real Pickles and Democracy Brewing are raising the bar for jobs in the food system, where low wages and poor working conditions are often, unfortunately, the norm. In terms of wages, both our co-ops have kept ahead of the statewide minimum wage raises, and Real Pickles offers health insurance and a generous paid time off benefit. In terms of building engaged, democratic workplaces, James and I compared stories about how we run our kitchens differently as co-ops, and what it sounds like when our crews make decisions together.

We send a big thank you to the Boston Fermentation Festival organizers for giving us a chance to gather with other worker co-op fermenters and explore these connections! Check out the video of the panel to learn more.