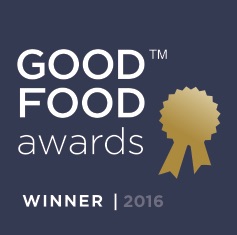 Co-owners Dan Rosenberg and Addie Rose Holland joined about 800 farmers, food artisans, chefs and journalists from around the country in San Francisco on Friday for the Good Food Awards ceremony. “We’re thrilled to be recognized for the flavor of our pickles, as well as the positive environmental and social impact of our business,” said Holland after the winners had been announced. ‘It’s so inspiring to be at the Good Food Awards and to meet like-minded small producers from around the country.” 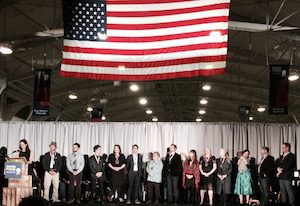 The Organic Garlic Dills were one of 197 winners chosen in a blind tasting from over 1,900 entries from around the country. There were 17 other winners from New England, including Shacksbury Cider in Middlebury, Vt., and Cricket Creek Farm in Williamstown. Real Pickles’ Organic Garlic Dills won the award in 2011 and 2012 and their Organic Beet Kvass was a winner in 2015.